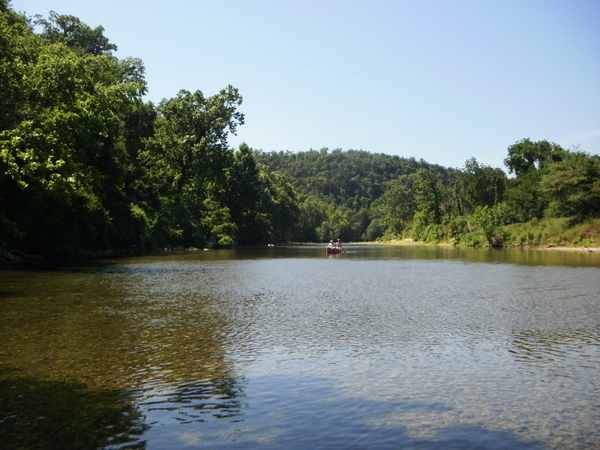 Growing up in the fish-filled Ozarks, with older brother Ben Levin to blaze a trail as a fly fishing guide, it’s easy to see why fishing came naturally to Gabe. As a child he could usually be found playing in the Little Mulberry creek, splashing along in his brother’s footsteps until Ben stuck a fly rod in his hand, probably to try to get rid of him – it did not work. Gabe spent every summer of his teenage years wading or paddling a canoe in search of smallmouth and trout, sometimes venturing out to Idaho to be guided by brother Ben on the South Fork and Henry’s Fork of the Snake River. College kept Gabe busy for four years with studies, a summer farm job, and learning to throw a cutter as a relief pitcher for the Hendrix Warriors baseball team.

After college, Gabe spent a year working on a sustainable farm and marketing local foods in central Arkansas before the allure of the fishing business drew him once more into his brother’s footsteps. Gabe began working full time for Dally’s Ozark Fly Fisher in August of 2013 and has been guiding since October 2013. At just 25 years old, he’s the new kid on the block so to speak, but he’s a quick learner and has a humble way of absorbing advice from the experienced crew that surrounds him.

Gabe enjoys sharing his knowledge of Ozark streams and rivers with anglers of all ages and skill levels. He offers float trips from a drift boat on the trout filled White and Norfork tailwaters, as well as kids’ fishing for trout on Dry Run Creek. A bit of a smallmouth addict, Gabe loves leading canoe or wade fishing trips on his home waters of Crooked Creek, and has begun an annual quest to the upper Midwest for trophy bass on the fly. Beginning in 2015 Gabe will add a jon boat to his arsenal and will offer drift boat trips on the Buffalo National River for incredible smallmouth fishing and sight seeing.

\
Steve, We’re just getting caught up and finding the time to send you an email. When I floated the idea to the rest of the family about Arkansas for Fall Break, I had a few enthusiastic responses (Will and Alex), and a couple that were not so sure (Ruth and Gracie). Needless to say, this was one of the best vacations we’ve ever had! The fishing had a lot to do with that, but just having some down time in the Ozarks was really nice. My older son, Will (14), has fished Dry Run Creek several times. It is such a wonderful resource for kids. It certainly gets them fired up about fishing. Since my 2 younger kids, Gracie (8) and Alex (11), had not fly fished before, we hired Gabe Levin to guide them on their first day on Dry Run. I can’t say enough about Gabe. He had them catching fish before my wife and I could even get the camera ready. He was very patient with them, not overbearing, and took a relaxed approach, which is just what they needed. Thanks to Gabe, they all now really enjoy flyfishing, and look forward to getting out and doing it again. Here are some thoughts from Gracie and Alex, in their own words: Mr. Steve: Thank you for letting Gabe show me how to flyfish. He was a good teacher, and he was nice. When I caught a huge fish, he helped me kiss it! I fished in Dry Run Creek and also got to see the hatchery. The best part of fishing with Gabe was he helped me catch a really GINORMOUS fish! Gracie Smitherman, 8 Mr. Steve: Fishing with Gabe was very fun because he helped us catch very big fish and taught us how to properly flyfish. I had never really done it before, but after I caught a few fish, I felt like a pro. I hope to have a chance to fish again with Gabe. He’s a great guide. _ Alex Steve, thanks again for having Gabe fish with us. We have already decided that we’ll be back next year for Fall Break, and hopefully can stay longer. I’m going to send you one more email with a few more images that you can use if you want. I look forward to seeing you guys again soon.
- John Smitherman
SHOP
FISHING
REPORTS
GUIDES
WATER
FLOWS

Thanks for signing up!